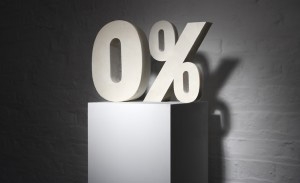 The chancellor also announced a change in the savings rate band. The new rate of 0% will arise on the first £5,000 of savings income.

This has opened up a new possibility of increasing income from a limited company with no additional income tax payable whilst at the same time obtaining corporation tax relief. Naturally a company can only pay interest to a director if that director has lent the company money. The most obvious form of lending is by way of a credit balance on a director loan account.

Whilst the interest paid has tax deducted at source under the CT61 procedures, this tax can be recovered if it is covered by both the personal allowance and the new savings rate at 0% (and from 2016/17 by the new personal savings allowance – see below).

Thus a salary of say £8,000 together with interest of up to £7,600 (gross) would benefit from the new rules. The remainder of the income requirement can be made up of dividend which if keeping total gross income below the higher rate threshold results in no further tax to pay. The benefit of including interest instead of dividend in this case is that the interest is tax deductable for the company whilst the dividend is not.

Based on the numbers used above, how does this work?

As mentioned above the company will be obliged to deduct tax at 20% on the interest paid but the taxpayer can reclaim this tax when the tax return is completed so there will be a timing issue here in terms of tax paid over to be then reclaimed but there will still be an overall benefit.

The next question is to look at the interest. Naturally if the company has sizeable cash balances H M Revenue & Customs could ask the question why would the company borrow more (i.e. the directors loan account). In addition the question of the rate of interest to charge on an unsecured loan needs to be determined. Care will be needed to ensure this is at a commercial rate from the point of view of both lender and borrower otherwise H M Revenue & Customs could argue that either too much or too little interest has been charged.

This matter would need to be considered on a case by case basis and we shall explore this opportunity with each client as appropriate.